Let me show you the impressive Waluigi Facts in the following post. Have you ever heard about this character? If you are a fan of Mario franchise, you must know Waluigi. He takes the role as the rival of Luigi. In the spinoffs of Mario series, he becomes the sidekick of Wario. When this character appears in the game, he will cause problems. Charles Martine lent his voice for Waluigi. Fumihide Aoki is the Camelot employee who created the character.

Waluigi is depicted as an antagonist. He created mischief during the game. He would do anything to win the game by cheating.

Waluigi Facts 2: the debut of Waluigi

Mario Tennis marked the debut of Waluigi. He served as the partner of Wario and rival of Luigi. Waluigi Facts 3: in the spinoff series

In the primary spinoff series of Mario franchise, Waluigi will appear as a playable character.

The critics and fans only give mixed reception on Waluigi character since its first debut. Look at facts about the Lion King here. Waluigi was developed as a character to create a rival for Luigi on Mario Tennis game. The name is taken from Luigi’s name. The term wa in Japan means bad. Thus, Waluigi means the bad version of Luigi. He does not like seeing other characters happy. He is a cunning and mischievous man.

Waluigi has the ability to call a body of water as depicted in Mario Hoops 3-on-3 and Mario Power Tennis. 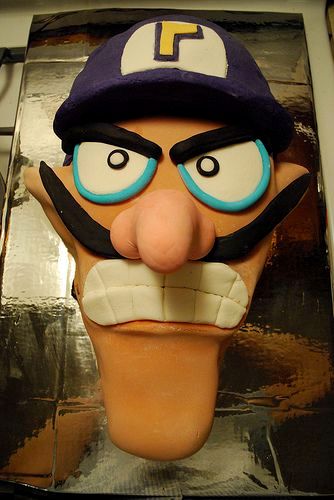 The physical appearance of Waluigi is spotted by his signature purple long-sleeved shirt and black overalls. He wore white gloves decorated with a yellow I symbol which can be found on his purple hat too.

Waluigi and Luigi have similar age.  We are not so sure if Waluigi and Wario are brothers. One thing for sure, both are evil guys. Check facts about video game here. Waluigi has an island filled with explosives and traps in Mario Party 3.

Waluigi mostly appears in Mario Franchise. Due to the limited time, he does not seen in Mario Kart 7. Are you well informed after reading facts about Waluigi?