Murray River meets Darling River to combine Murray–Darling river system which has the length at 2,330 miles or 3,750 km. 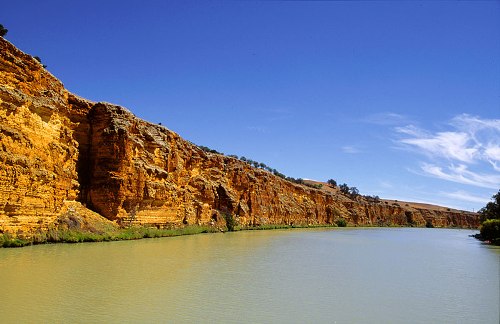 Since the European settlement, Murray River has decreased health. Some native fish in the river earn the status as the endangered or rare animals because of the river regulation.

The river red gum forest was affected by the presence of recent extreme droughts in 2000 until 2007. Besides drought, the river is also prone to flood. The flood which took place in 1956 is the most significant one which affects the river. This flood lasted for 6 months which devastated the towns located on the lower Murray.

The Murray River Facts 6: the introduction of other fish The Murray River Facts 7: the negative impact of carp

The introduction of carp in the river increases the turbidity of the river and damages aquatic plants. It makes the Murray River and tributaries degrade.

The ancient Murray River system housed the Burra Creek. People also recognize it as the Worlds End Creek. The uplifting of fold belt as well as the fault movement which took place around 50 million years ago during the Eocene Period diverted Murray River at Morgan.  Look at facts about the Colorado River here. The Murray River Facts 10: the myth

There are various myths related to Murray River. One of them states that Ngurunderi, the Great Ancestor created Murray River through his track when chasing the Murray Cod or Pondi. Check facts about the Mekong River here. Are you interested reading facts about the Murray River?