Yoda Facts tell the readers about one of the famous fictional characters in Star Wars franchise. George Lucas was the creator of Yoda.  The first appearance of Yoda was in The Empire Strikes Back in 1980. Luke Skywalker was trained by Yoda in the original movies of Star Wars. He is the Grand Master of Jedi Order in the prequel movies of Star Wars.  In the Clone Wars, he serves as a high-ranking general for Clone Troopers. Let us check other interesting facts about Yoda below:

Yoda Facts 1: the death of Yoda

Yoda died probably at the age over 900 years in Return of the Jedi. In the Star Wars franchise, he was considered as the oldest living character. However, Maz Kanata introduced in Star Wars: The Force Awakens took over the title.

Yoda was voiced by Frank Oz. He also displayed an impressive role as a puppeteer for Yoda character. Deep Roy and Warwick Davis were the dwarf actors who played Yoda during the walking scenes in Episodes V and I. However, both of them never took the credit as Yoda. The main performer was Frank Oz. He collaborated with other puppeteers. See facts about Wolverine here.

The animated series of Clone War, series Star Wars: the Clone Wars and some video games, Yoda was voiced by Tom Kane. John Lithgow provided the voice of Yoda in the radio dramatization of the Empire Strikes Back and Return of the Jedi. 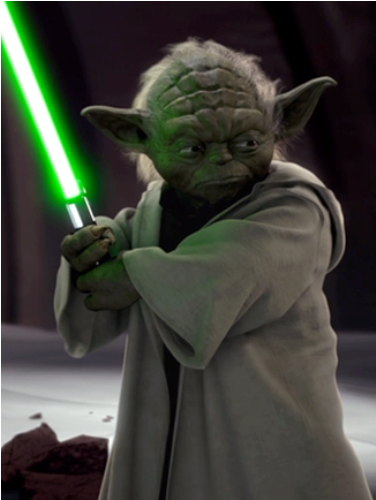 Yoda Facts 5: the face of Yoda

The face of Yoda was a combination of Albert Einstein and Stuart Freeborn’s faces. The latter one was a make-up artist.

The younger look of Yoda was spotted In the Phantom Menace. Nick Dudman redesigned the puppet of Yoda based on the original design of Stuart Freeborn. Get facts about the Great Gatsby here. The CGI works were heavily applied on the Yoda during the shoot of Revenge of the Sith for it needed close-up on his face.

Yoda was known as a Jedi Master with great power. Moreover, he was also the oldest one.

Yoda Facts 9: in Return of the Jedi

In Return of the Jedi, Yoda only had a brief appearance. He said to Luke that he had not finished his training. In order to become a Jedi, he had to confront his father, Darth Vader.

Yoda died at the age of 900. His body merged with the force and disappeared. What do you think on facts about Yoda?