Aztecs facts present the history, culture and habit of Aztec people in the past. Nahuati is the language spoken by Aztecs. The people are called Mexica or Tenochas. When talking about their favorite food, you will be familiar with tortilla. This food is created from unleavened bread with ground corn. It is delicious and very famous now. Here are the supporting facts about Aztecs in detail.

The invasion in the Aztecs empire occurred in 1519. It was led by Hernando Cortez.

The rich people in Aztecs wore the high quality and expensive headdress and clothes. They built a magnificent house. You can find that the previous jewelry for the rich people was created from emerald, copper, silver and gold. Most Aztecs are not forbidden to keep animal in the house. They raised turkeys, sucks, dogs, quails and geese. The population of this tribe is around 5 to 11 million individuals.

The human power is the main thing that people use to perform agricultural activity. The tools use for the daily project. They include wood and stone. 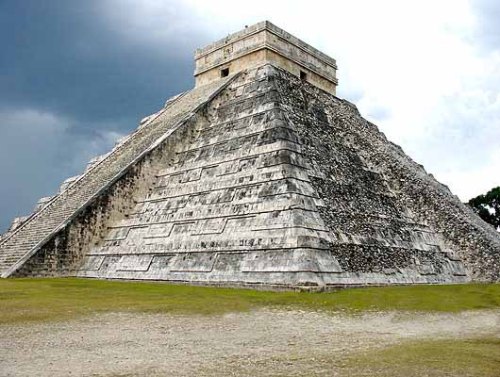 It is easy to differentiate Aztecs from any other tribes. They have brown skin with dark coarse hair.  Most of them are sturdy and short.

The people own two calendars. The first one is used to announce the time for worshipping the god. Another one is used for the calculation of time. When a member of the family died, the Aztecs will bury him or her inside their house. Many historians believed that this habit is affected by Mayan’s culture.

Aztec has their rituals. All of them were always dominated by blood because it was considered as the divide water. Blood was used to honor and feed the god. When Aztecs had a battle with other people, they will eat their body. However, they are not included in cannibalism because people will never eat their family’s or friend’s body.

In the past, the rich Aztec lived well. The poor Aztecs had to sell their children as slaves to get money to eat. In the barbarian Aztecs, the poor people should act like a poor. You should never wear any expensive clothes if you are poor. Can you give some comments on facts about Aztecs?

Iwo Jima facts can be the basic in how you may learn history about this fact. It is true

In this post, we will have a discussion about Indian history facts. Indian is one of the ancient countries