Martin Van Buren Facts explore the ideas about one of the former United States presidents. He was born on 5 December 1782. He passed away on 24 July 1862. He was elected in only 1 term. Let’s find out about his term of office, major events and professional life in the following post.

Van Buren sat as the president of United States from 4 March 1837 till 3 March 1841. He was the eighth president of US. His wife was Hannah Hoes who passed away in 1819.

Do you know that Martin Van Buren had some nicknames? People often call him Martin Van Ruin, Old Kinderhook, and Little Magician. When Van Buren served the office, there were two major events happened. In 1837, people faced Caroline Affair and Panic of 1837.

Can you guess the early career of Martin Van Buren before he was a president of USA? He was referred as a statesman, politician and lawyer.  He was included as one of the founding fathers of Democrat political party. Check Lyndon B Johnson facts to know the former president from democrat party. 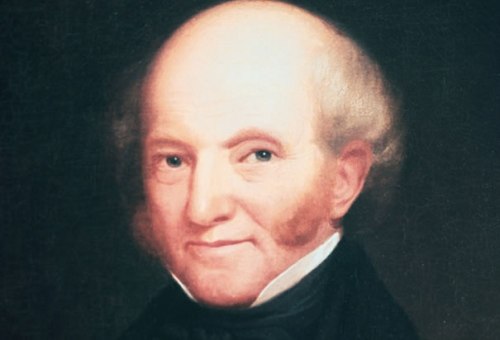 Van buren was born in Kinderhook, New York on 5 December 1782. Do you know that Van Buren was the first president who was born in America? The seven presidents before Van Buren were born in Britain.

Van Buren had Dutch ancestry. He was very fluent in Dutch.  He often spoke Dutch dialect with his wife when both were at home. Van Buren was the president of United States when he was 54 years old.  He served the office until 1841 for four years.

During his presidency, people had to face Panic of 1837. The condition of the people at that time was not good because of the economic depression. There were foods riots and bank failures. Hannah Hoes was his wife. Both of them came from the Dutch Community village of Kinderhook. Both had four children and owned two pet tigers. Van Buren was only 79 years when he passed away on 14 July 1862. Are you fascinated with facts about Martin Van Buren?

If you want to know one of the three ancient Greek tragedians, check Sophocles Facts. Sophocles is famous as