Bloody Mary Facts give you the information about the daughter of King Henry VIII and Catherine of Aragon. She lived from 1516 to 1558. If you are interested to find out her marriage, early life and burial of bloody Mary, you need to check out the whole facts below:

Mary had two siblings. Her brother was Edward, while her sister was Elizabeth. Mary was born on 1 June 1516 in Greenwich, London.

As I have stated before Bloody Mary was the daughter of King Henry VIII. His father lost the interest of Mary’s Mother Catherine of Aragon after he met Anne Boleyn in 1526. In 1532, Anne Boleyn was pregnant with his child. Check King Henry VIII facts here. 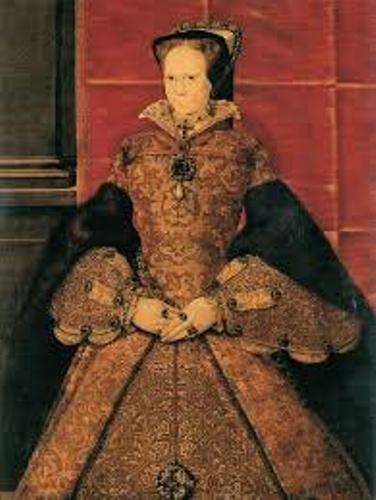 In 1533, the annulment of marriage of between King Henry VIII and Katherine of Aragon was granted by Thomas Cranmer.

On January 25, 1533, King Henry VIII married Anne Boleyn.  The new baby princess was born by Anne Boleyn on 7th September 1533. She was named Elizabeth. She became the half sister of Mary. Catherine of Aragon was gifted as title as the princess Dowager of Wales. But she definitely refused the title.

In 1534, King Henry became the head of Church of England after he broke the relation with the Church in Roma. Catherine of Aragon never agreed with the annulment of marriage which made her move to a different castle in England. Mary, her daughter, was not able to see her mother. On 23 March 1534, another important event occurred. The kingdom only deemed the children of King Henry VIII and Anne Boleyn. Princess Mary title was decreased into Lady Mary. She was also declared as a bastard.

Because of the death of his father in 1547, the half brother of Mary Tudor was proclaimed as the king of England. He was called King Edward VI. When his half brother died, the throne of England was given to Lady Jane Grey. But Mary took over the throne, and Lady Jane Grey was executed at the Tower of London under her order. Sir Thomas Wyatt the Younger led a protestant rebellion. Since Mary suspected his half sister Elizabeth involved with the rebellion, she made him trapped at the Tower of London. But she was released. England was forced to return to Roman Catholicism. The protestant people who rebelled against her were persecuted. 300 of them were burn. Therefore, Mary of Tudor was called Bloody Mary. Are you interested reading facts about Bloody Mary?