Nikita Khrushchev Facts explain the detail information about the famous Russian politician.  He was the leader of the Soviet Union when it faced cold war with United States. If you are interested to know more about Nikita, check the following post below:

Nikita held many important positions during his life. In 1953 till 1964, he was the First Secretary of the Communist Party of the Soviet Union. In 1958 till 1964, he served as the Chairman of the Council of Ministers

The person behind the de-Stalinization in Soviet Union was Nikita.  The beginning of the space program in Soviet was supported by this man too. Nikita lost his power in 1964. Leonid Brezhnev took over the position as the First Secretary. The Premier in Soviet Union was Alexei Kosygin.

Nikita was born in 15 April 1894 in Kalinovka, Russia.  This Russian village is located between the border of Ukraine and Russia. In his young age, he worked as a metalworker. He was appointed as a political commissar in the Russian civil war.

Nikita was able to break the boundary in the soviet hierarchy after he got a help from Lazar Kaganovich. He governed Ukraine in 1939 after he got the job from Stalin. Find out facts about Ukraine here. The Great Patriotic War was well known as the Eastern Front of World War II. It was an era of war which involved Soviet. Nikita was called as the commissar at that time.  His job was as intermediary between Stalin and his generals. He went back to Ukraine after the war was over. But he had to come back to Moscow to serve as Stalin’s adviser.

The death of Stalin in 1953 gave a lot of benefits to the life of Nikita. He gave the Secret Speech at the 20th party congress on 25 February in 1956. He elaborated his ideas about his disproval of Stalin purges and wanted Soviet Union to use the less repressive ways. 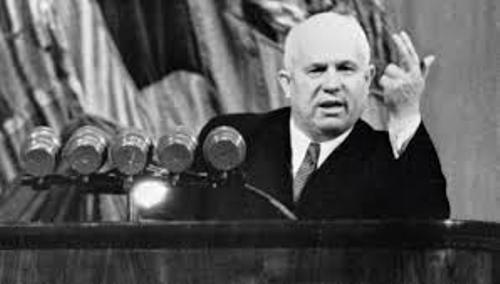 His parents were only the poor peasant from Russia. Both were Sergei Khrushchev and Ksenia Khrushcheva. His sister was Irina.  She was two years younger than Nikita.

When he was in Donbas area, he worked in various jobs. He was a laborer in a brick factory, a miner or even a railway man. Since Nikita was very poor, he only got education for four years. The finance of the family could not support him. What do you think on facts about Nikita Khrushchev?

Walt Whitman Facts tell us about the amazing poet, journalist and essayist from United States. He was born on