Confucianism facts talk about the famous name in China named Confucius. His way of thinking had affected the Chinese people from year to year. We can consider homes as one of the important men in Chinese history. Let find out more about him the following post below:

Confucius was born in 551 BE in the state of Lu, Northeast China. The name of this man was Kung Fu –Tzu.

Confucius’ father was a military officer. His name was Kong. He died when Confucius was only 3 years old. Even though he became a poor boy, he got good education. When he was 19 years old, Confucius married. As the breadwinner in the family, he worked as a laborer to make sure that his wife and children lived well. He had done many jobs. He worked as a clerk, cowherd, shepherds and book keeper.

The name of his first child was Kong Li. His wife was Qi Guan. Confucianism Facts 5: death of his mother

As a teacher, Confucius was considered as a wise man. He always taught his students to study well. Education was very important because it can be used as a tool to reform the corrupt and lawless government. The parents and ancestors should be respected by all citizens. Furthermore, he also stated that it was a good virtue that must be obeyed by all people.

Confucianism also teaches about a role model. Since the leaders are used as the role model in any kinds of society, they have to present good virtues. It means that the leaders have to be wise, polite, kind, honest and obedient. Confucianism also teaches to be a good leader in the future. The leader is very important in a society because what he or she does will be followed by the people. If the leader can act well, the society will be happy, peaceful and progressive.

Confucius became the judge when he was in the age of 50 years old.  In the next years, he was in responsibility to charge the law and order in the state of Lu. 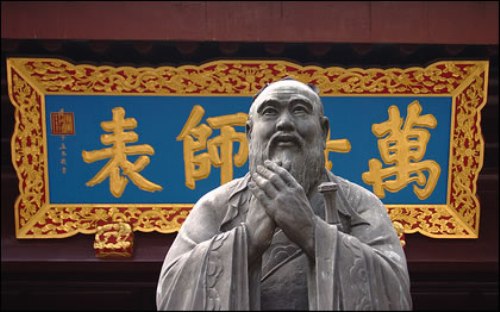 When he became a judge, the number of crime was lowered drastically. Most of the laws that he created were based on his personal teaching. However, in 496 BCE he was eliminated from the judge because of the rival jealousy. He was back to teach again. He died on 21st November 479 BCE at the age of 67. Are you inspired with facts about Confucianism?

The Salvation Army Facts will inform you with a quasi-military styled charitable organizationon the basis of Christian church. The